Did EVGENY KISSIN live up to hiz potential? 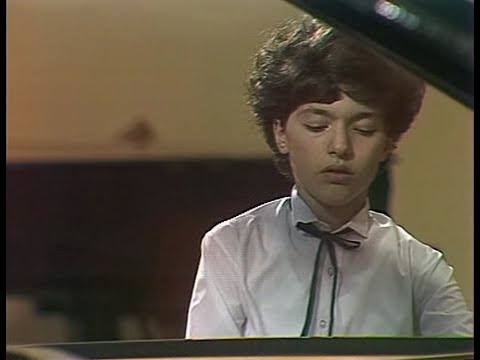 I think he played too well early on to really show the kind of progress that would meet insane expectations. Hands down all time great tho!

Even more than argerich or katsaris an artist I’d be curious to hear live. Doesn’t seem like a rec studio animal

He iz cunziztently great and wikid in rep dat zuitz him

I guezz he juz peaked early

There’s a double-challenge with this question…how did EK mature musically over the last 30-40 years and…the question itself. If in the 1980’s the question of “potential” was intended to ask did he develop into a globe-trotting pianist with a fairly solid technique with a fairly broad repertoire, the answer would likely be “yes”, though he sticks with one set program each season. If the question means all of that plus does he play everything and please every listener, the answer would be “no”.

There are certainly pianists who seem to play “everything”…e.g. Richter, Hamelin etc. and have/had a bigger repertoire. But I can’t think of any pianist whose performances or interpretations are universally loved by all. That pianist hasn’t been invented yet.

I think Genie is slightly overrated by the general audience and slightly underrated by pianists.

Kissin had the potential to be another Richter, but due to the pressure of early publicity/success (exploitation even?), and perhaps some other personality stuff, he seemed to be chronically miserable from his late teens until recently, and that seemed to come through in his playing and probably stunted his desire to expand his artistry. Richter seemed to struggle with depression at times, but it didn’t paralyze him (maybe a bit at the end as he approached retirement) and Kissin is certainly no Pogorelich in that department–but Richter seemed to be very worldly, loved life, and was naturally curious about all sorts of music and art. Kissin? Not so much. I always got a sense from Kissin that his idea of fun and adventure is practicing the leaps in the Schumann Fantasie. The good news is that Kissin is still fairly young in piano years and seems to be in a happier place in his life these days, so he could still evolve into something more.

Ahahahaha in general, u ain’t makin any GOAT liztz if u cudnt even imprezz

very difficult question. to me it seems to vary from one year to another.

still i believe he is truly exceptional as when he was playing chopin etudes and prokofiev sonata no 8, much less in his beethoven + rachmaninov recitals, then again back in shape when playing chopin + debussy + scriabin…

undoubtedly one of the best pianists around today.

maybe hoping for another richter is too much.