This is the complete score of this concerto, not the Siloti’s version (played by Gilels, Graffman,…) where Siloti removed large sections of the work (especially solos parts for violon & cello in the 2nd movement).

Some recordings of the complete versions : 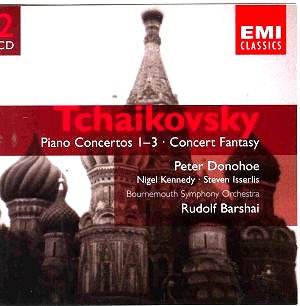 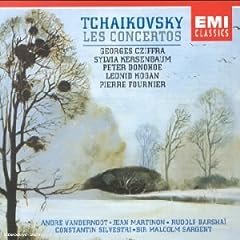 Variations on a Rococo Theme, for cello & orchestra (or cello & piano) in A major, Op. 33

Which one did gilels record?

Which one did gilels record? 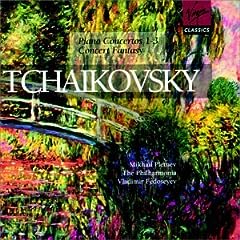 i think possibly donohoe’s version of the original is best, in my opinion. i actually like this version better than the siloti. i just wish more people recorded it.

There’s a cut in the slow movt of the Pletnev if I remember correctly.

Any chance of someone upping the Donohoe?

Any chance of someone upping the Donohoe?

I have it somewhere, or I’ll borrow it from my library…

The cut in the Pletnev recording is very brief, at the end of the second movement, all of a few bars, but otherwise he plays the original version. It is a magnificent recording!

At the risk of immodesty, here is my own recording of the piece. I studied the piece for eight years before I dared to perform it. I was inspired to learn it after I heard Gilels play it with Kondrashin on an old recording. I played the piece in Cleveland and the conductor was David Loebel. The recording was taken from the radio broadcast. The soloists in the second movement were Jun Iwasaki, the concertmaster of the Portland Symphony, and Caroline Milot.

On and off, certainly, but very intensive work throughout. Tchaikovsky’s writing is very awkward and chordal in many places, requiring muscle memory in some of the most awkward places. Every time I wanted to perform it, I thought it still needed to be better, so I kept waiting…