The most nonsensical avant garde piano music ever written

The classic ones to me are the set of La Monte Young’s Composition 1960. I suppose there’s some purpose behind them. Not sure what it is… 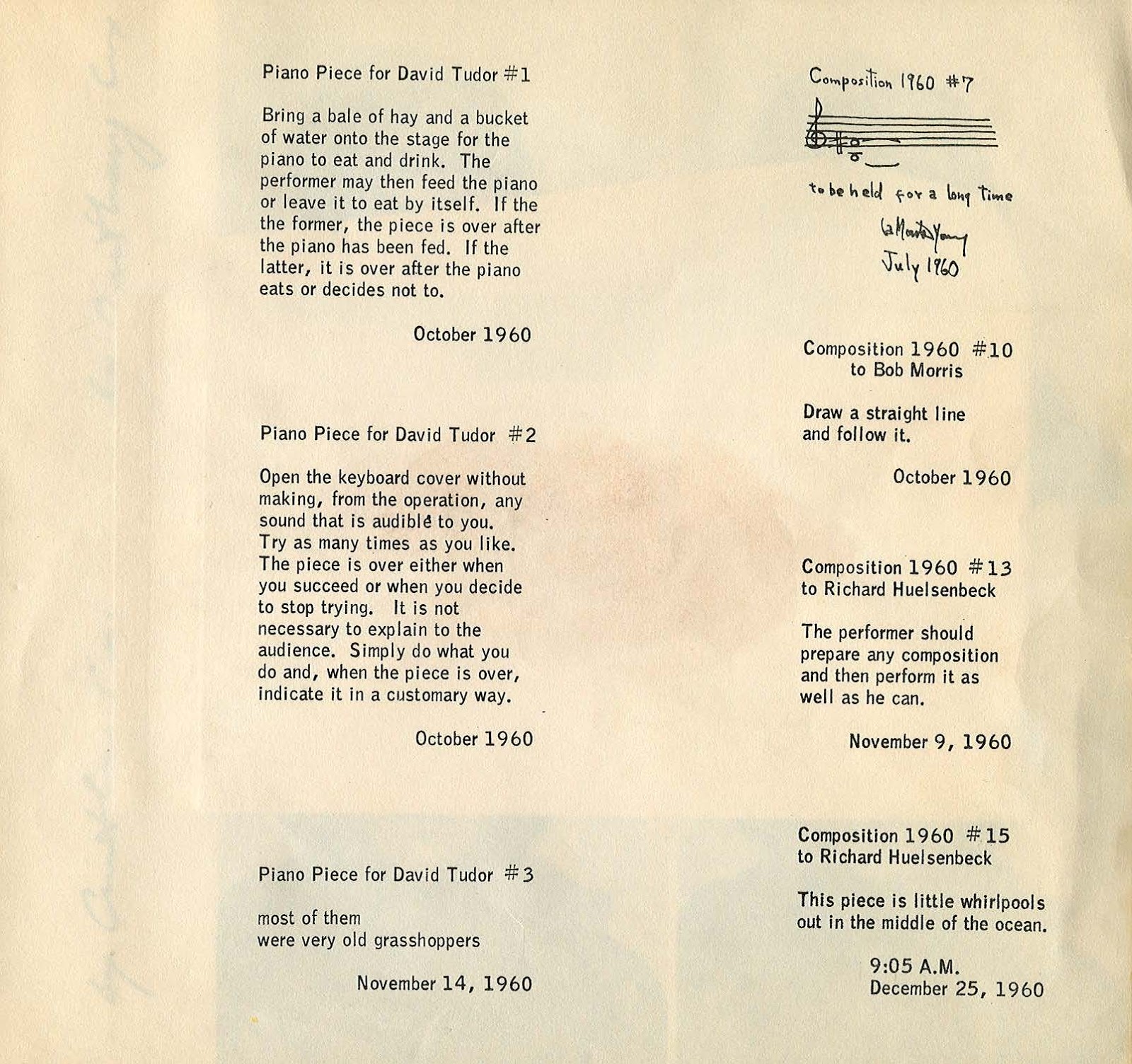 hahaha let’s see what that turns up:
youporn.com/search/?query=piano

I knew I could get his “composition” performed!

His third piano piece contains instructions to trigger an electronic device to shine a laser pointer at part of the piano and make explosion noises.

Yeah, I hate that sort of shit.
There were a lot of comp majors from my school who would act like that sort of gimmick was “genius”.
Then they would write their own “pieces” where you make noises using buckets filled with water or raping music stands TM style (okay not quite).

Found this sample of his oeuvre on YT:

Some bits are pretty cg though!

Pure genius. I liked Britney better than the original.

hahaha let’s see what that turns up:
youporn.com/search/?query=piano

My fav. “piece” of the genius Johannes Kreidler is the opus for guitar where the performer is indeed having a “piece” of the guitar - and without any ketchup or mayonaise:

Here are a couple from composers who are otherwise taken seriously.

I also remember some youtube shit from a few years ago of some Japanese “composer” who wrote stupidly hard music that included playing with feet. Does anyone remember that?

/though this is perhaps more amusing:

lachemann’s guero is a wonderful piece actually, dunno why it’s posted above, super musical, just not a ‘piano’ piece in the way you normally think about it

Here are a couple from composers who are otherwise taken seriously.